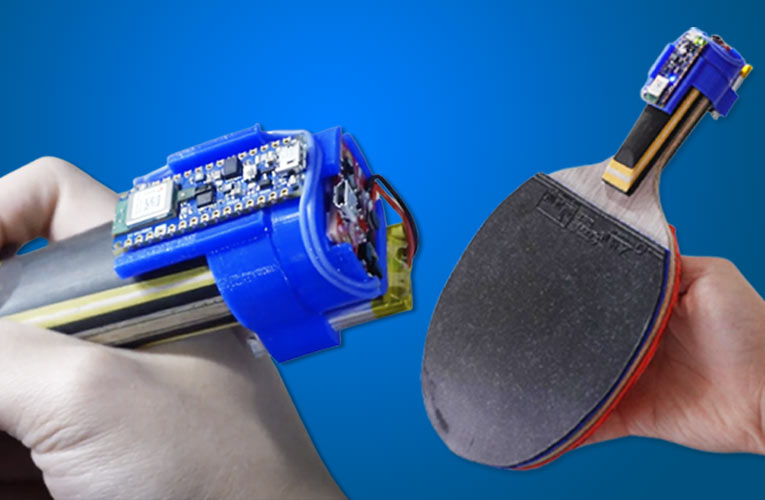 To kill boredom during the Covid restrictions, Samuel and his flatmates acquired a complete Table Tennis setup for their apartment and in no time, got addicted to the game. But lack of prior experience and a passion to defeat his housemates led Samuel to develop a paddle to improve his game by monitoring and tracking his shots. Being an ML enthusiast, he decided to build himself a TT coach. He has documented his entire project on his Instructables page which goes by the name Samytronix.

Alexender required an Inertial Measurement Unit (IMU) to automatically classify his shots based on the movement of his wrist and body. Hence he developed a small contraption, which could fit to his bat, containing a microcontroller, a Li-Ion battery, and a boost converter to provide a constant supply to the development board. The tight integration of nano BLE 33 sense with Tensor Flow Light micro and the presence of a 9 axis inertial sensor made it a perfect fit for this project.

Samuel 3D printed a contraption to fit his paddle and assembled his components, to capture data from his TT Bat, furthermore, he employed the Tiny Motion Trainer by Google’s Creative lab, which gave his bat the machine learning capabilities by capturing the data. He further classified the shots in 4 categories and trained the model by performing each shot around 100 times. The below image taken from his video shows how Samuel trained his model using the Tiny motion trainer. 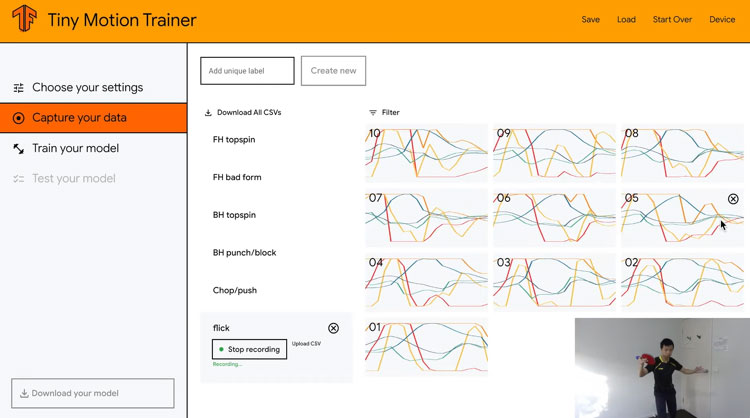 From Alexender’s data log and demonstration video, I can confidently say that Alexender’s game improved quite a bit since his initial footage. This project looks like a cool and easy DIY project to me and with a bit of tweaking this technology can be employed in other sports too.