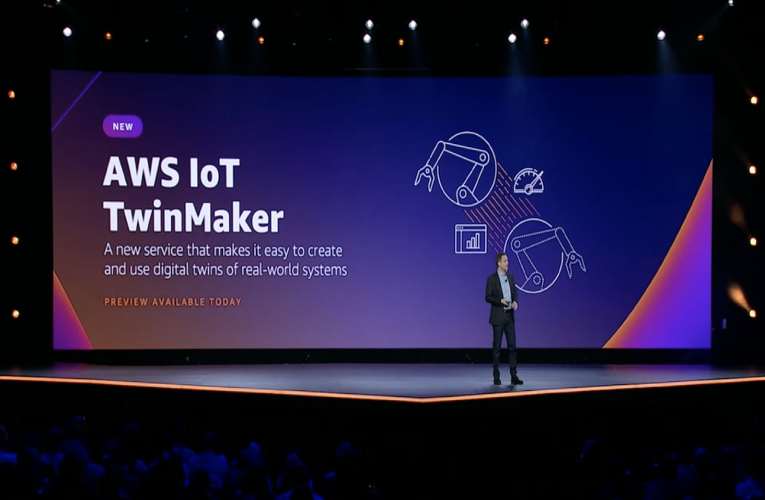 Project Bonsai and Azure Twins are also offered by Microsoft that judges and tracks the interactions and relationships between devices, people, and places in simulated surroundings

The global US based technology giant Amazon has now unleashed its two new web services, dubbed IoT FleetWise and IoT TwinMaker. The former aims to craft cost-efficient and apparently trouble free for automobile makers to transfer, collect, and transform the vehicle data in the cloud in the accurate time without any flaws. The latter IoT TwinMaker has been created for the developers to make digital twins of real-time systems easily such as product lines, factories, buildings, and industrial equipment.

In various other segments, digital twins have procured currency that moves to simulation. For example, SenSat, the UK based company assists customers in various fields like energy, construction, mining, and other verticals create models of locations for projects they’re working on. On the other hand, the unique technology that helps companies to model digital twins of actual machines is provided by GE. Moreover, it also aids in judging the performance.

Project Bonsai and Azure Twins are offered by Microsoft that judges and tracks the interactions and relationships between devices, people, and places in simulated surroundings. Amazon spokesperson noted that IoT TwinMaker can assist customers in constructing prebuilt connectors to data sources like equipment, sensors, video feeds, and business applications to craft 3D visualizations and knowledge graphs automatically. In fact, the dashboard is also offered by this solution that assists in envisaging updates and operational actions in actual time and also choreographs the relationships between data sources.

According to the press statement, “Automakers start in the AWS management console by defining and modeling vehicle attributes (e.g., a two-door coupe) and the sensors associated with the car’s model, trim, and options (e.g., engine temperature, front-impact warning, etc.) for individual vehicle types or multiple vehicle types across their entire fleet. After vehicle modeling, automakers install the IoT FleetWise application on the vehicle gateway (an in-vehicle communications hub that monitors and collects data), so it can read, decode, and transmit information to and from AWS."