By 2024, EVs will be furnished with autonomous vehicle (AV) capabilities, Claims NVIDIA 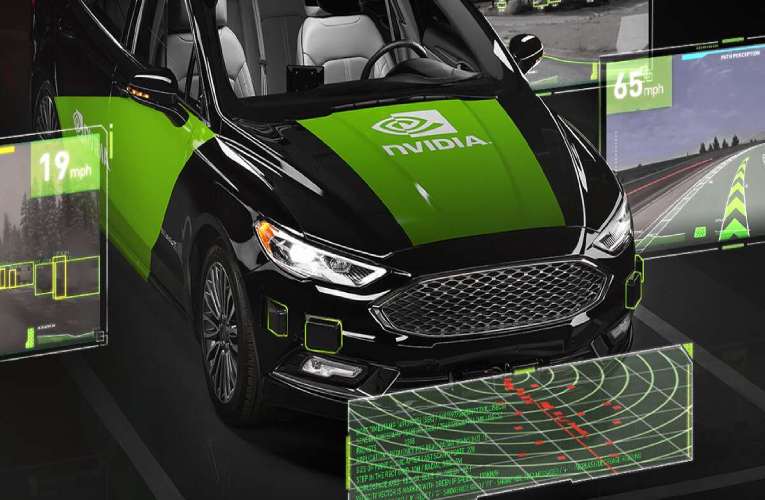 Hyperion 8 has been crafted to reduce time to market for several OEMs that utilizes it and also, it is equipped with some top-notch hardware components at its core

The US-based international technology firm NVIDIA, which design graphics processing units is now all set to unleash its proficient self-driving technology stack. Jenseng Huang, the CEO has also highlighted the company’s aims for the coming years at the NVIDIA’s 2021 GPU Technology Conference (GTC) that comprises of AI, data center architecture, robotics, accelerated computing, etc. Automotive segment is one such industry where the company is now giving much importance and formed numerous alliances with several international automakers such as Lotus, Volvo, Mercedes Benz, and Hyundai. Several podiums have been launched by NVIDIA that would offer continuous support to AI learning and autonomous driving.

The self-driving technology stack ends with software backed by artificial intelligence and begins with dedicated software. Together the core components will work to deploy autonomous functionality relied on cameras, sensors, chipsets, and GPUs. Most importantly, for open compatibility, the dais has been crafted with systems from Sony, HELLA, Luminar, and Valeo.  It is now expected that manufacturers will now have the potential apply the open-stack technologies to several products.

Towards the end of 2024, autonomous vehicle features will be available in most of the EVs, claims Huang. Now, the point is how this can be made possible to deploy. Several sophisticated software components have been developed by the company to help the development teams of AVs:

The company’s Hyperion 8, which is a sensor and computer architecture, is specially crafted for self-driving systems that includes a forward-facing LiDAR sensor, 12 ultrasonics, 9 radars, and 12 optical sensors. Continental fetches long-range capabilities, while Hella offers short-range radar solutions for Hyperion. Cameras have been incorporated into this autonomous parcel by Valeo and Sony, while the former’s ultrasonic sensors and distance-measuring will highlight objects in the vehicle’s path.

The standard or the traditional SDK of NVIDIA comprise of its in-built Ampere architecture GPUs for AI validation and testing, which would help the vehicle’s autonomous intelligence to work seamlessly. Then, Driveworks Sensor Abstraction Layer offers plug-ins to ease set-up of sensors. Also, there is a companion DRIVE AV Software places the neural networks behind planning, perception, mapping, and control.