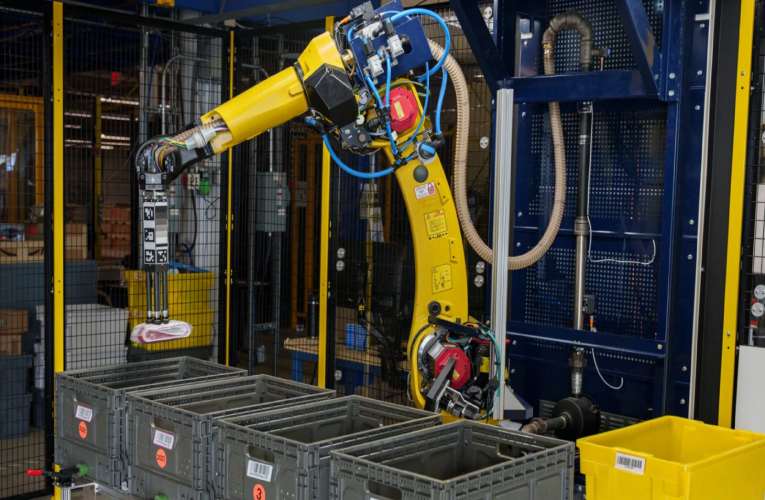 Around 75 percent of the 5 billion packages processed by Amazon every year are assisted by robotics arm in at least one area of the delivery process, said by the company

The US based global technology firm Amazon has unveiled a new robotic arm, dubbed “Sparrow” that will aid the warehouse workers with their soporific job. This robotic arm has the ability to pull out millions of items of various sizes and shapes. While presenting the future conference near Boston, the company unveiled its latest last-mile delivery technologies, innovative robotics, and transportation.

Amazon described Sparrow as the first of its kind in the industry , "which can detect, select, and handle individual products in our inventory". Prior to the packaging, Sparrow utilizes artificial intelligence and computer vision to move the items. The company also showcased a video of Sparrow where it can be seen that the robot is picking up a board game, a set of sheets and a bottle of vitamins and impeccably putting them in crates. What helps the robotic arm to perfectly grasp the products is the suction cups attached to the surface.

A company spokesperson told the media, "Working with our employees, Sparrow will take on repetitive tasks, enabling our employees to focus their time and energy on other things, while also advancing safety. At the same time, Sparrow will help us drive efficiency by automating a critical part of our fulfillment process, so we can continue to deliver for customers."  A survey during the first half of this year revealed that one out of three businesses aimed to invest in automation as a top priority in the midst of employee reductions. A study by Arden University, which suggested about a third of jobs in the UK may become redundant by 2030 due to automation and changing workforces.

Amid all these surveys, Amazon claims that installation and design of top-notch robotics and technologies like Sparrow has in fact crafted more than 700 new aspects of employment providing jobs to tens of thousands of people. Technology like Sparrow in no way will reduce workforce but instead it will ease their work, added Amazon. Explaining the uniqueness of Sparrow, Jason Messinger, principal technical product manager of robotic manipulation at Amazon Robotics, in a demonstration added that the robotic arm has the potential to handle products with diverse size and curvature.