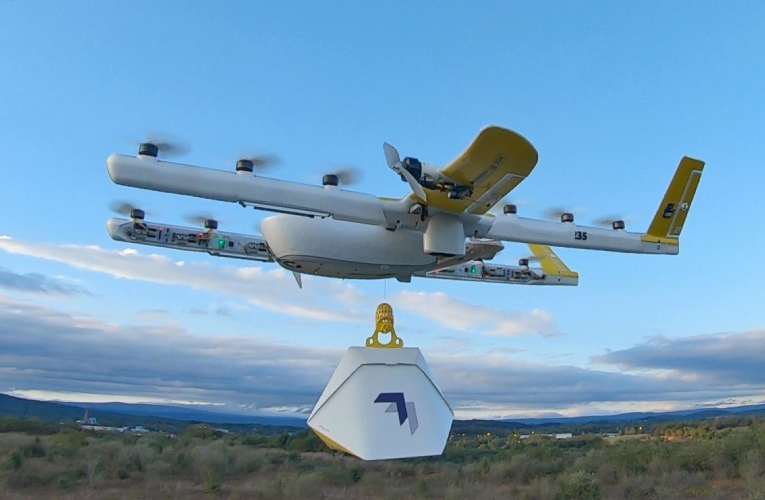 These days, the modern drones have weight problems, which is why they fail to deliver goods of all sizes

Wing, the sister organization of Alphabet, has recently unleashed a new variety of drones of different shapes and sizes to meet the requirements of all kinds of payloads. The new CEO of WIng Adam Woodworth has posted and published this launch at the company’s official blog from where users can get a glimpse of various kinds of information on the product as well.

In an interaction with the media, Woodworth stated that at their organization they are spending a lot of time and resources to find a flawless way of moving the packages seamlessly through the sky.  A vast range of vehicles are also required to to counter the impediments of on-demand delivery just as a dump truck is useful for carrying tons of gravel rather than a sedan. "The ideal aircraft to carry a bottle of medication is not the same as the best one to deliver a gallon of milk, and neither is suited to deliver a refrigerator," added Woodworth.

The imperative methodology is that the cargo must be 25 percent of the mass of the loans while designing a new delivery drone. In the meantime, the modern vehicle designs are adopted from materials, sets of common avionics, and propulsion system elements. "This allows us to rapidly evolve aircraft configurations from a proven foundation and tailor them to a broad range of uses from delivery of food, medicine, and other goods, to supply chain optimization and emergency response," Woodworth further added.

These days, the modern drones have weight problems, which is why they fail to deliver goods of all sizes. Currently, 6 lbs (2.7 kg) is the biggest package a drone can deliver, which ultimately hinders firms from completing their huge bulk orders. In the official blog, the company did not provide a hint that the new drones would counter the problems or not, but it assured that it has the capability of handling large boxes.

"In some cases, we’re addressing a particular challenging aerodynamics riddle, and in others a packaging puzzle of how to integrate a big box into a not-so-big plane. Since these concept designs are intended to leverage the core elements from our operational system, we can focus the new design work on a shorter list of new and unique tasks, knowing that the brain of the system remains the same," opined.

The company executive also suggested that there can be large planes for shipping, smaller planes for delivery of medical goods, a particular hovering dias for delivery in metro cities, and aircrafts with larger range for logistics. During the pandemic in August last year, the company gained a massive traction for its drone delivery, which is around 100,000. Also, it grabbed a huge popularity in the suburbs of Australia.