Interacting with Holographic projections in the real-world will no longer be limited to Si-Fi movies. Dimension NXG an IIT Bombay Start-up has developed an AI-powered holographic computer called “AjnaLens”. This wearable XR headset blends in the power of artificial intelligence and machine learning with Augmented Reality (AR) and Virtual Reality (VR). It can project holographic images into the real world and allow the user to interact with it in real-time just like interacting with a physical object. Above all being a made-in-India product the price of AjnaLens is expected to be a lot more affordable compared with its peers, Microsoft’s HoloLens or Google’s Magic Leap. Inspired by AjnaLens Circuit Digest approached Pankaj Raut, the CEO of Dimension NXG.

Raut is an electronics engineer graduated from the London South Bank University. He has worked with the MIT Media Labs and on the 3D printing technology of iMakr. In 2014 Raut met with Abhishek  Tomar and Abhijit Patil in a Google start-up event and the trio went on with starting DimensionNXG. Today, the companies’ first product Ajnalens is already into the B2B market and a B2C product is expected to be launched by 2020. Curious to know more about AjnaLens the following questions were put forward to Pankaj Raut for which he replies…

1. What inspired you to build an AR Headset? How do you see this to revolutionize industries?

I (Pankaj Raut) believe tools; specifically, technology tools had a huge impact on human civilization. Over the period of human evolution, we have used various tools to evolve. Tools like a wheel, hammer, fire, etc have been critical in the evolution.

But the tool that has had the highest impact on human evolution is "computers". Computers have impacted every aspect of human life, helping civilization advance at a spectacular rate.  In fact, computers have affected the human experience more than any other tool known to man—thus far.

Computers (Computing platform) itself has evolved over the years, from Mainframes to desktops, to laptops, to computers. But through this evolution, one thing has remained the same; the digital content has always been locked down to the physical boundaries of the 2D screen.

Computers are transcending the limited 2D screen. The digital content is becoming a part of your real-world environment. The digital and traditional “real” worlds unite, not as parallel universes, but as integrated elements, that will transform how you experience the world.

Computers are evolving to their most beautiful expression from a caterpillar to a butterfly.

Dimension NXG was started with a passionate quest to evolve the most powerful tool that humans have “the computer” to a new dimension where the digital and real-world seamlessly integrates. Opening up possibilities of mastering skills instantly, holographic teleportation, x-ray vision, clairvoyance and many more. 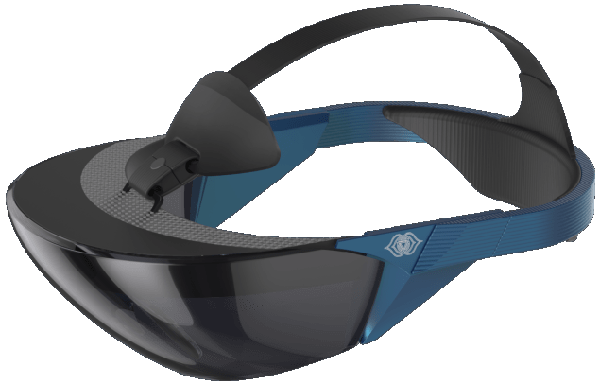 This tool has the power to transform industries like Healthcare, Education, Aerospace, construction, etc.

Dimension NXG has developed the next generation of computers- AI-Powered holographic computer “AjnaLens”.

2. What are the technological barriers in building an AR/VR Headset in India? How did Dimension NXG deal with it?

3. The idea of projecting Virtual Images into the Real World sounds futuristically cool! What technology allows AJNA Lens to make it possible?

Multiple technologies come together to make this happen.

4. What are the ways in which the headset takes inputs from the users? How natural interaction is made possible?

There are multiple ways in which the headset takes input from the users like controller, mobile, voice, and gaze. But the one we believe is the best is hand and finger tracking. This is the most natural interface for interacting with things. We are aiming to make interacting with holograms as simple as interacting with a physical object version of the same hologram.

5. How does AJNA Lens leverage AI (Artificial Intelligence) and Machine Learning? What advantage does this provide?

AjnaLens uses state of the art artificial intelligence algorithms to train the data obtained over multiple modalities in the domain of vision, voice, brain-computer interface and unique bio-organic sensors to achieve human-equivalent intelligence to a head-mounted device. The advantage of transforming a head-mounted device with human-equivalent intelligence allows the device to assist humans in tasks varying from day to day life tasks to complicated tasks that generally require expertise to perform(E.g: surgery, industry devices maintenance, etc). The artificial intelligence-powered device also aims to assist humans to unlock their true potential by letting them experience higher dimensions of existence across time and space. 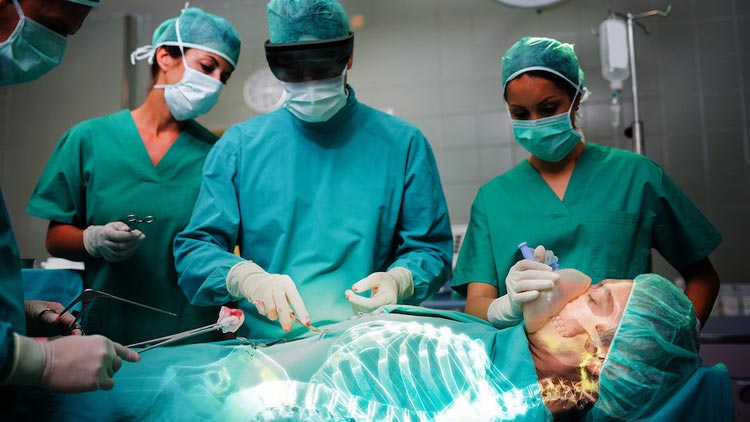 6. Where do you see the applications for your Headset?

Ajnalens is just a tool for the industry to solve its problems. The overarching aim of enterprises is to decrease their cost and increase revenues. Ajnalens works as a tool to help enterprises achieve this during various stages of its business from product design to After-Sales service.

Currently, we are seeing a lot of use of AjnaLens in

7. How is AJNA Lens being used by the Indian Navy?

This is confidential. But we have seen a huge impact of AjnaLens on the Indian Defence. Drastically decrease cost, time, and errors by giving advance capabilities to the defence. We currently are working with Indian ARMY, Navy, DRDO.

With make In India, the Indian Defence is proactively looking for an indigenous solution to a lot of its challenges, and advancements. I urge the readers to look up and apply for it.

8. How do you see the market for it in India?

The upcoming market in India for AR/VR is huge, we are already seeing all large Indian Enterprises - Private/Public and Govt. already running pilots and implementing large AR VR scale solutions.

9. Can we expect a consumer model for the B2C market? What are the models or categories you have currently planned for the AJNA lens?

We have already started with B2B doing a lot of implementations, but we are seeing a lot of interest from B2C customers. So we will be releasing the product for B2C next year (2020).

10. What were the difficulties you faced while setting up the supply chain for Dimension NXG? Where do you currently source your components from?

Again the biggest challenge with setting up the supply chain was the availability of existing infrastructure. We had to find ways around it. We are sourcing components around the world.

11. What do you look for in a candidate, when hiring at Dimension NXG?

We admire those who look past limitations and imagine new possibilities, Stand in opposition to the world today, and create better tomorrow. We are a startup driven by passion and are looking for passionate people who want to make a difference to the world. We do not look for Formal education, but the passion for this technology.