Smoke Detectors are very useful in detecting smoke or fire in buildings, and so are the important safety parameters. In this project, we are going to build a Simple Smoke Detector Circuit without using any Microcontroller. This circuit triggers the Buzzer whenever it detects Smoke or fire near by it. This circuit mainly uses MQ6 Smoke/Gas sensor to detect the level of smoke. MQ6 gas sensor is also sensible to LPG, Alcohol, and Methane etc. Here we have used Buzzer as a Smoke alarm, which is driven by BC547 NPN transistor.

We have previously built Smoke Detector Arduino Shield using MQ2 Gas Sensor, which not only sense the smoke in the air but also displays the level of Smoke in the Air in PPM. 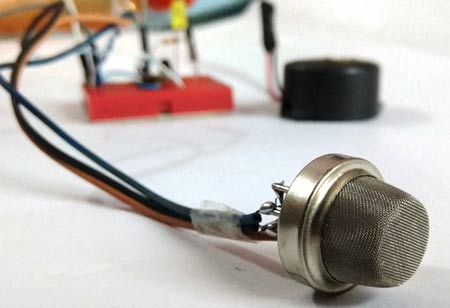 Circuit Diagram of this Smoke Detector Project is given below: 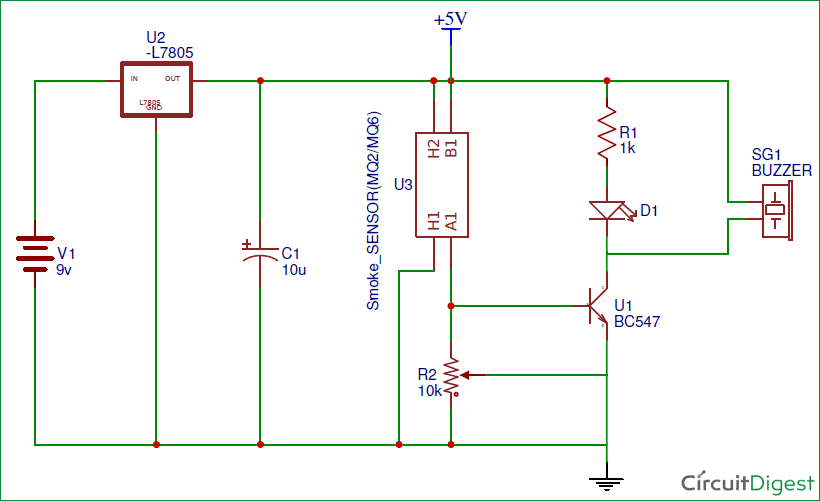 In this circuit, we have used an MQ2/MQ6 Smoke Or Gas Sensor Module for detect smoke present in the air. A BC547 NPN transistor is used to to drive buzzer whenever it detects smoke. A 10K pot is also used for calibration. Basically, in this project, we have designed a Voltage Divider Circuit by using MQ6 smoke sensor (as resistor) and potentiometer. MQ6 has a resistance and its value changes whenever it senses smoke.

Working of this Smoke Detector Alarm Circuit is easy. In this project, we have used transistor operating properties to work this circuit as a smoke detector. As we already know that we have used a BC547 NPN transistor which will turn on whenever it gets least 0.70v at its base terminal. So we have applied a Voltage Divider Circuit at its base. 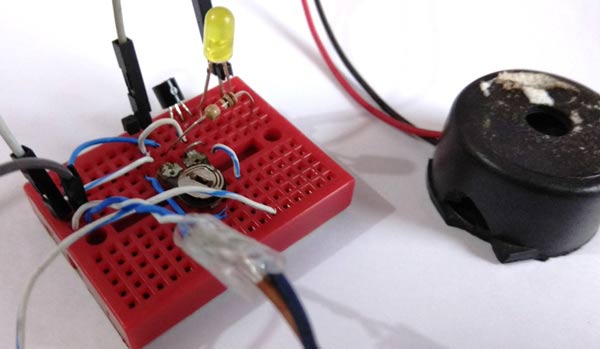 But before using this circuit, we need to calibrate it by using pot. In calibration, we have applied voltage just below than 0.70v at transistor base. Whenever smoke sensor senses smoke, it reduces its resistance and due to this decrease in resistance, voltage across the base of the transistor increases. Now when the voltage at the base terminal of transistor become more than or equal to 0.70v then transistor turns on and LED lights up and buzzer also starts beeping. And when there is no Smoke, both the indication components turns off as the voltage across base terminal of transistor goes below the 0.70v. Check the Demonstration Video given below. 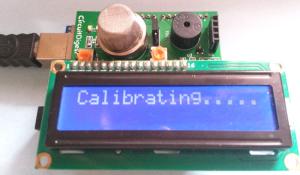