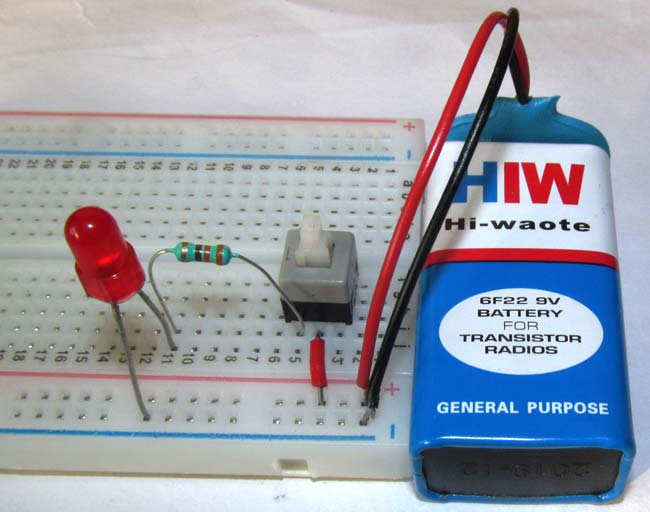 In this tutorial we are going to show you how to use a Push On-Push Off button by controlling an LED using it. For this, we are using a Self-locking Power Micro Push Button Switch. The switch we are using has double pole option or it’s a DPDT (Dual Pole Dual Throw) type switch. It has the capability to be used as both “normally open” and “normally closed” type switch. This tactile switch is used to latch the circuit in particular state either open or close. 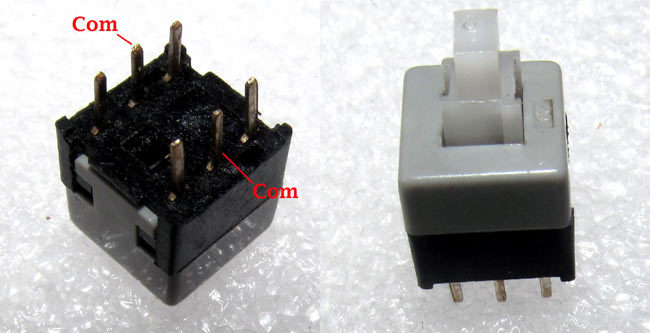 The common leg of ON/OFF Push Button is connected to 5v supply and the other one is connected to the LED via resistor, as shown in circuit diagram. It allows the current to flow through it only when we press or switch ON the button, the LED will start glowing when it is pressed the first time. It continues the power supply till we press it again, the LED will be turned off when it is pressed the second time. Simply, it makes the circuit only when it is in ON state.

There are two modes of using this DPDT type Push ON/OFF Button: