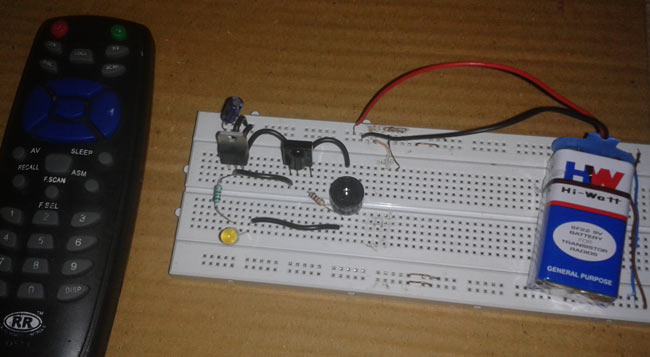 We are very much familiar with our television sets, DVDs, MP3 players, music systems and many other device that are controlled by using IR Remote. There are many types of remote controls available for different devices but most of them work on around 38KHz Frequency signal. Sometimes we face a common problem related to IR TV or other device remote control that if it is working or not. We check multiple times to find if the remote is working or not. Here we are going to make an IR Remote tester circuit using TSOP1738 IR Receiver sensor circuit. This TSOP1738 sensor can sense 38Khz Frequency signal and can detect any IR signal. 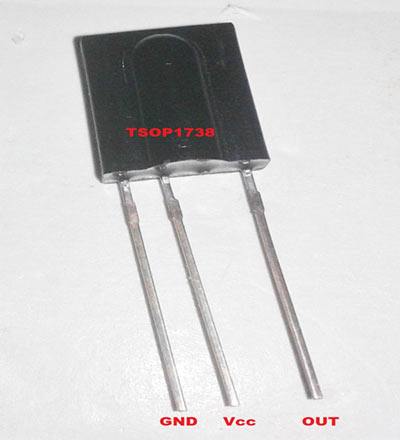 After powering up the circuit when we press any button of IR Remote then remote sends some IR pulses of around 38Khz frequency. These pulses are received by TSOP1738 sensor and as discussed above, it gives a LOW signal. We uses this LOW output signal to activate the buzzer and LED. So by getting LOW output signal of TSOP1738 Buzzer starts beeping and LED start glowing, which indicates that the remote control is working correctly. If this IR remote tester circuit doesn't respond with the  remote control's button presses, it indicates that the remote control is not working properly. (Also check this TV remote control jammer circuit)