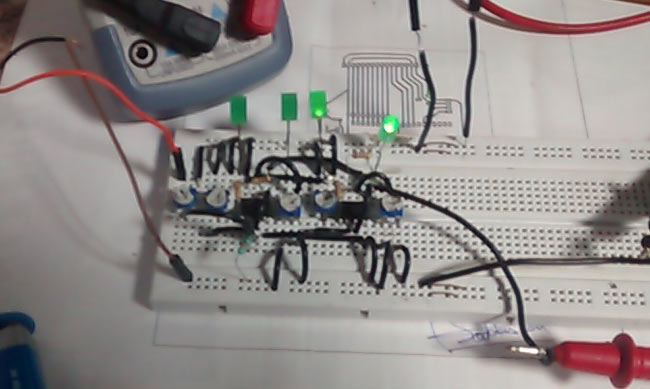 Sometimes we face a common problem when making any project related to battery or power supply - we don’t know about battery is charged or discharged. To test battery there is one common method which is using voltmeter that is available in the Multimeters. But here we have developed this battery monitor circuit to test the battery charging status. In this circuit we can easily test batteries by connecting it with the circuit. Here some LEDs are used for showing battery status.

LM358 is a Dual Low Noise Operational Amplifier which have two Op Amp in a single chip. This is a general purpose op amp which can be configured in many modes like comparator, summer, integrator, amplifier, differentiator, inverting mode, non- inverting mode, etc.

Working of this battery monitor project is very easy. When we connect any battery to the battery terminal, LEDs will Glow depending upon battery’s voltage. 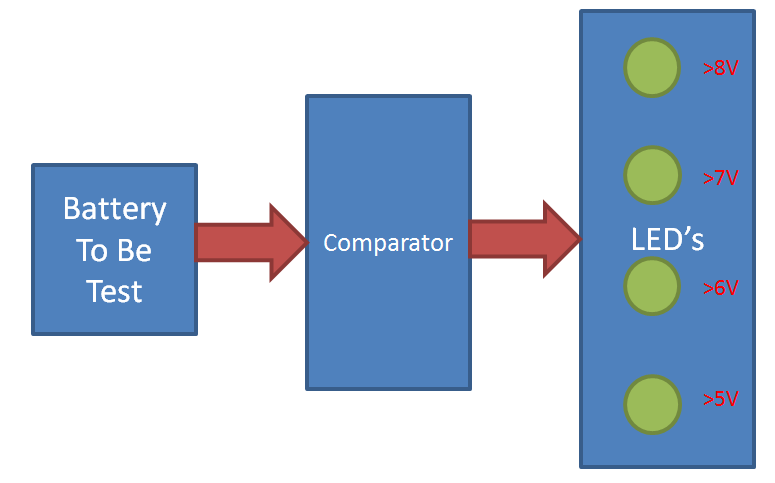 For demonstration of this project I have added an extra potentiometer to change testing battery’s voltage. And it's circuit diagram is shown below.

Hello.You have used LM 358 as your main IC.Can you tell me why only this IC and why not LM358A or some other IC similar to that?
Thanks