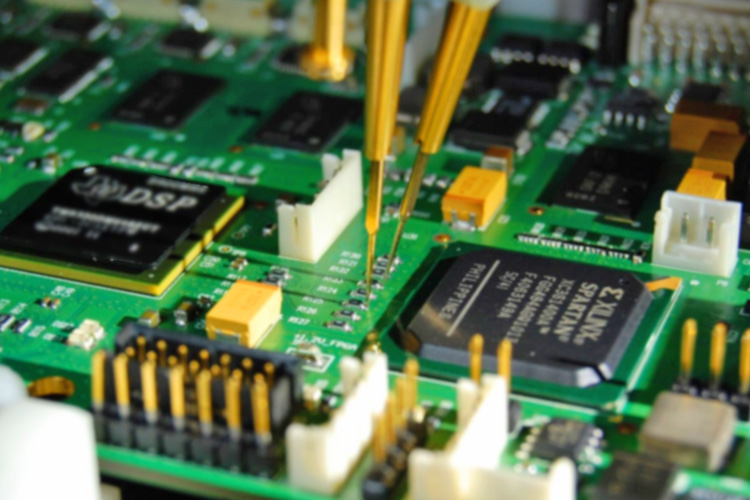 Upholding the momentum of domestic manufacturing of PCBA is fundamental to the country’s focus on decreasing trade discrepancy and reliance on China and Vietnam.

The procedure of Printed Circuit Board (PCB) manufacturing is extremely imperative for anyone associated in the electronics industry. In general PCBs can be defined as a laminated sandwich structure that consists of both conductive and nonconductive materials that enables engineers to place component on a rigid structure and make the necessary connections between them. Now, with the heavy escalation of growth and demand of electronic items in India, the demand of sophisticated range of PCBs are also on the rise. Although, the country has progressed massively in manufacturing in the past few years, it still faces numerous impediments due to which most of the electronic components and PCBs are imported from outside.

Industry experts on the other hand also claim that around 60 percent of the PCBs’ manufactured in India are exported to European and US markets. However, despite the growth of the domestic Indian Electronics Industry, wherein PCB is considered as heart of the electronics component, the comparative growth of PCB is minimal. For significant growth in the industry, and to attract large investments, appropriate framework conditions must be created.

Due to Coronavirus infection, the global electronics and semiconductor industry has largely suffered the financial loss, but if the predicted third wave of the infection does not pose a threat and disruption again, then industry could regain the momentum and the average industry growth could be reality by the end of this year.

Highlighting the statement above, RS Simha, MD & CFO, AT&S India told exclusively to CircuitDigest, "Currently, the industry is facing a challenge of balancing supply and demand environment. We see growing impact of a slow supply chain and expect challenges by missing components for the industry. The majority of the industry is now shifting towards ‘no impact’ & ‘minimal impact’ in various components category and no disruption in the supply chain is the urgent need of the hour.”

Simha also opined that they are expecting the demand to remain strong for PCBs. Currently, the PCBs that are made in India are designed for use majorly in high-end automotive, and industrial applications along with medical. The industry, however, tends to experience demand supply imbalances in the copper-based materials such as copper clad laminates, pre pregs and copper foils in addition to huge material escalation costs coupled with high supplier lead times.

The international PCBA market across various product categories such as smart TVs, audio devices, tablets, notebooks, PCs, and mobile phones is speculated to be US$358 billion by the end of 2025-26, claims India Cellular & Electronics Association (ICEA). In order to boost and perk-up the country’s manufacturing cluster, it is imperative to attract numerous manufacturing operations of which manufacturing of PCBA is the key. India is speculated to largely perk-up its electronics manufacturing cluster in the coming five years. If the momentum in manufacturing escalates, it could initiate the manufacturing and design of numerous multi-layer PCBs, and also the commencement of making of semiconductor chips (ATMP) could turn out to be a possibility. In the beginning of PCBA operations, value addition could be around 3-6 percent and in the coming three years, it could augment to 15-20 percent. 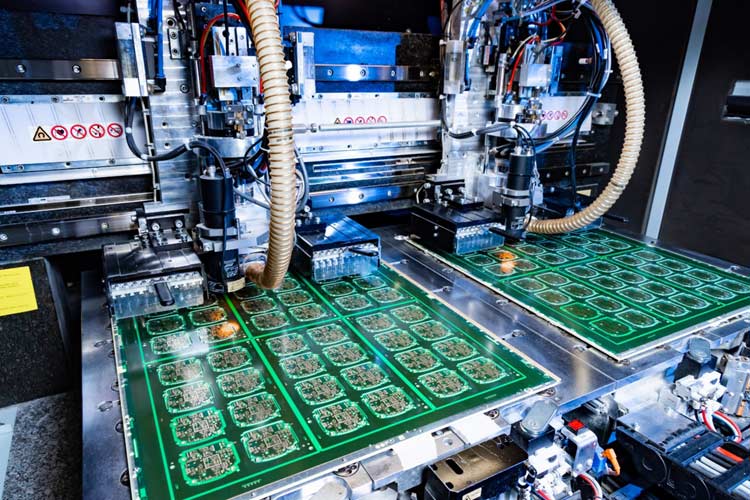 Several global contract manufacturers like Samsung, Flex, Foxconn, Wistron, and other OEMs are massively investing and escalating this industry. The major problem is still hidden because most of the renowned companies have their manufacturing units in China and other South Asian countries. But, after the onset of COVID-19 and US-China trade war, the shifting of manufacturing hubs is slowly taking its course. The global companies have now realized that supply chains must be de-risked. It is now imperative for India to magnetize leading contract manufacturers to begin their operations in the country, but ultimately it would accelerate the export of PCBs.

Speaking about the various kinds of PCBAs currently manufactured in India, AT&S India stated that high-Density laser-drilled microvias is a first step towards miniaturization. The high Frequency boards with 24 and 77 Ghz finds application in sensoric– radar, Lidar, camera and V to X communication. Semi Flex and Rigid Flex PCBs and more, with thickness ranging between minimum 0.6 mm to maximum 2.4 mm. Apart from these India even produce 4-layer laser PCB’s up to 3-n-3 multi-layer PCBs for usage in electronic application including automotive navigation, infotainment and advanced driver assistance systems. The manufacturing capability up to 18-layer boards find its deployment in industrial applications and 12-layer boards in the automotive sector. 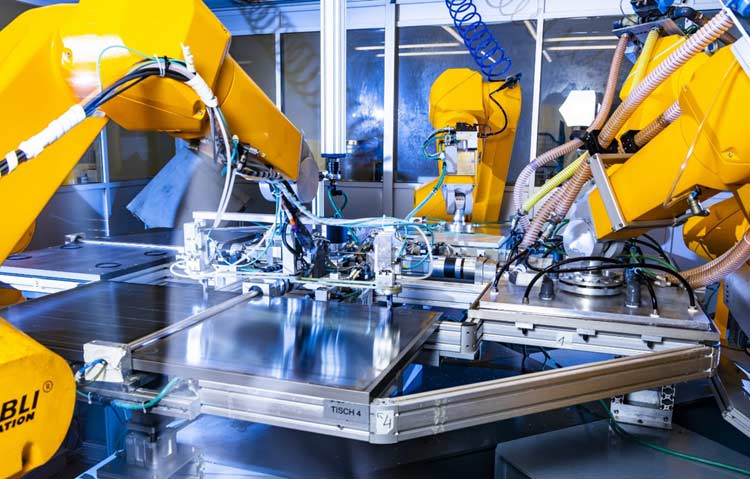 The growth of domestic electronics manufacturing will offer a huge potential for the PCB market. As of now, only 35 percent of PCB demand is met by the domestic manufacturers, while the rest 65 percent, India still relies on import from other countries. India now crafts both populated and bare boards PCBs, the present market size for the latter is around US$ 1.2 billion of which 30 percent is manufactured in India and the rest 70 percent is still imported.

Now, the market of PCBs in India is a bit different from other parts of the world. Internationally, flexible circuits market is speculated to grow much faster compared to that of rigid PCBs because the former can wipe out connectors and has the ability to smoothen the form factor reduction. According to industry association ELCINA, PCB makers in India are majorly focused on making multi-layered, single-sided, and double-sided PCBs equipped with a layer of four to six and most of these are made in low to medium volumes. There are about 200 PCBA makers in the country, out of which 60 percent are very minor and jumbled.

Why SMT is Required for Producing more PCBs

The assembly of PCB is an essential manufacturing technology that needs high volume of precision and specialization. Several automated machines and Surface Mount Technology (SMT) are actually needed to craft PCBs on a large scale. There are several advantages of SMT technology in producing PCBs such as improved electrical performance, miniaturization, cutting-edge assembly, and automation. Hence, to produce more PCBs, manufacturers and the industry should also look for creating a top-notch SMT cluster.

The Surface Mount Device (SMD) components are basically either square or rectangular in shape and are placed flat on the PCB. With the assistance from SMT machines, SMD components can be mounted from 1.0 x 0.5 mm to chips of 90x90 mm and it has the potential to place a total of 86,000 components in just within an hour and a PCBA for smartphone can be crafted in just five seconds.

Now, the unique Thru-hole technology works extensively well on components with wires and leads that needs to be placed on the PCB board by plugging them via the holes on the PCB. This technology is mostly applicable on those PCB assemblies that are furnished with bigger components like coils, capacitors, and resistors. According to the experts, this technology is becoming a waning concept as the component’s density on the PCB is becoming larger and miniaturization is the standard.

Regardless of its complete intricacy, if an electronic product contains a PCB with errors, problems will crop. Hence, to manufacture a cutting-edge PCB, a strong supply chain is required. At the same it is extremely imperative to create an accurate balance between specification, ongoing availability, and unit cost.

Engineering teams on the other hand, grab sample components from the manufacturer directly during the prototype and design process, but after sometime, the average lead-time for the parts and orders associated with production volumes can increase. If sourcing of correct components is not done then not only the assembly of PCBs becomes difficult, it also creates a heavy impact on the manufacturing series/cycle of the product on which it would be mounted. Such delays even ruin the reputation of OEMs, which ultimately results in the financial losses.

Sometimes, the PCB’s design might look very catchy, but while manufacturing the item it could be a completely different story. For an instance, the tracks on the board might not have ample tolerances and during the manufacturing process it could end up in short circuit. In order to have a state-of-the-art solder joint on each of the components, the circuit board needs proficient engineering assistance that will also save it from heat damage.

Now, there are few aspects to consider while manufacturing a double-sided PCB. It helps mount more components in a limited space and reduce costs. Manufacturers must ensure that all the big components are mounted on one side of the board and must pass via the oven or else there could be a danger that the components might fall off from the board.