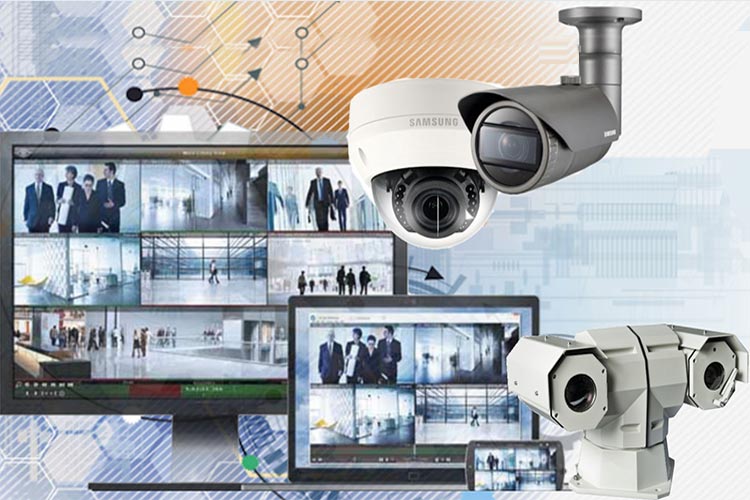 For the past few years, video surveillance cameras have become an important part of our life whether in a business center or in our homes. Inside these cameras, the memory chip is a very important part of the technology that helps us to view what the cameras witnessed and recorded. The videos and the images that are captured sometimes prove to be very critical and hence, it is imperative to ensure that the images captured are crystal-clear. Moreover, the images and the videos captured are also used for the purpose of proving someone’s crime and these devices are subject to cyberattacks. Therefore, it is essential to have the cameras and the memory chips cutting-edge and secured. Various experts have now highlighted the importance of data security in the video surveillance domain, the importance of secured memory chips, and the key requirements to boost the sector. Nowadays, protecting communities, businesses, and homes from external threats has turned out to be an urgent need of the hour for many.  Hence, the Security Products Group in India wanted to undertake a study on the key security products which comprise CCTV Camera Systems, Recorders (DVR/NVR) & Access Control Systems. The aim is to target a 20-25% percent share of the global market of USD 60 Bn by 2025.

As there is so much dependence on the surveillance system, there can be a serious threat of data loss in case of system failure or some external hacking. Commercial and residential utilization of security cameras needs the recordings to be well-documented and completely secure so that information cannot be lost easily. The Feedback Advisory report recently mentioned that the global Surveillance & Access Control market size was ~USD 43 billion in 2021 and is projected to reach ~USD 66-67 billion by 2026, exhibiting a CAGR of 8.9% during the forecast period.

In order to boost the video surveillance sector in India, recently an MoU has been signed between Sahasra Group of Industries and Samriddhi Automation (Sparsh) where the former would manufacture top-notch secured memory chips for Sparsh’s video surveillance cameras, which are completely Made-in-India. Amrit Manwani, Managing Director at Sahasra Group of Industries said, “This is the first time when two Indian SMEs have come together to boost the Make-in-India initiative. We will design and manufacture both the chips and cameras completely in India. Apart from that, we are also looking forward to manufacturing the camera components in India through our semiconductor operation. This is how we can reduce our dependence on imported supply chains heavily. By the time both the phases of investments are completed, we will have a capacity of 18 million chips per year and out of that production, 20 percent will be given to Sparsh.”

The industry association also stated that the security of data has turned out to be very important these days. The entire world is now facing this same problem and in the video surveillance domain, developed countries like the US and the UK are facing data security threats. The technologies they are having is not enough to identify where their data is moving and to which country. In fact, both the US and the UK had banned leading chinese companies from operating including the latest one is the ban of Huawei.

Highlighting the importance of data security, Sanjeev Sehgal, MD at Samriddhi Automation said that the current technologies are not enough to help the countries identify whether the data is moving out of their country or not. Hence, it is now important to manufacture the chips in India. Data has to go to the memory and therefore, the memory chips have to be fully secured. Nowadays, data needs to be stored in the memory for quite a long time and this is because the apex court of India has unleashed a new ruling that all police stations, jails, and investigation centers must be furnished with CCTV cameras where the videos have to be stored for at least eighteen months.

Going further, experts of various industry associations such as ELCINA stated that the current value chain for the video surveillance market in India is crafted out of a variety of stakeholders who are playing a different role. The Domestic supply of CCTV Products has risen to 80% of the total supply in India in FY 2021-22 from 52% in 2017-18. And over the coming five years, the market is expected to grow at 15-17% CAGR.

Cdr Mukesh Saini (Retd.), VP- ExeStat, Senior Advisor- Cybersecurity & Privacy- Amtrak, Lab systems & iRisk Assurance said, “Nowadays, in every institution, 50 percent of the time is devoted to security aspects. Ten years back, it was very difficult to understand the problems and challenges of this domain. The memory chips and the hardware equipment associated with surveillance cameras has to be cutting-edge or else there will be a huge possibility of video leakage. But combining them with AI technology, it will be easy to identify where the data is moving and also tracking some critical person across the country, which is now becoming very sensitive. The CCTV footage has to be secured forensically. You need to walk on those fields, develop, so that the output that is put on the storage does not get spoiled. Even one pixel change is a big change because in that case, it could erase evidence completely. A reliable storage system for the CCTVs is necessary so that evidence can be taken to the court seamlessly.”

Speaking of the challenges of the sector, experts stated that there is a lack of a clear component ecosystem and a proper definition of local content- value addition. Moreover, Makin in India needs to be competitive with the world, which they are not currently. Also, there is a lack of design led manufacturing in the country for such a critical security related product. In order to get rid of the challenges, ELCINA recommended that there should be identification of components required for the video surveillance systems and classify them accordingly. There are components available in India, but industries are facing problems. In that scenario, ELCINA recommended to act as an aggregator of the demand and get vendors of such components and conduct buyer and seller meetings.

Speaking further on security challenges associated with the sector, Samrendra Mohan Kumar, Founder & MD, MitKat Advisory told, “Cybersecurity damages in 2021 is already 6 trillion dollars and the physical and environmental security damages were all one tenth of this total. China targeted seven leading semiconductor vendors in Taiwan and their goal was to steal IPs, documents, source, and the software development kits. The attackers used open source general tools along with a rarely key skeleton technique. Due to this scenario, the VPNs of the vendor’s systems were compromised. The tools made adversaries login like normal users. There are only two types of systems; one who is compromised and knows they have been compromised and the other who have been compromised and they do not know about it.”

For the components, which can be developed in the India category, many companies have already started the localization of products and have developed vendors for the products such as housing, cables, packaging products, screws, nuts etc. Now, speaking on the components that are not available in India, the Government needs to make special investment pitches to attract International firms to India with special policies for these components and they should work towards attracting a minimum of 2 Units in India in Lens and SOC Chipsets fabrication. Last but not the least, ELCINA requested that for SOC Chipsets, the Government of India could think of linking this to the India Semiconductor Policy and get these SOC Chipsets to be included as a ‘preferential products’ to be made in India with the ATMP/OSAT Projects. Unlike Finished Goods/EMS operations, component manufacturing has a very high “Investment to Turnover ratio” and needs a much longer gestation period for the payback. These special considerations need to be factored in these policies, suggested by ELCINA.

Experts also suggested that there should be efforts made to encourage all manufacturers to undertake a Design Led Manufacturing business in the country with the overall product design IP being developed and available in India.This could be definitely implemented in the volume business of B2C cameras/DVRs and NVRs and not for the high-end projects business cameras and NVRs. Also, it needs to be highlighted that PCB, firmware, silicon on the chipset, software, integration between cameras and storage server, everything should be fully developed in India. The industry leaders also urged for R&D centers to be available in India, only then Made in India certification must be provided.

Now, it is very important to invite the global investors to come and invest in the Indian business ecosystem. But, at the same time, there are instances of long-standing Indian companies who have been investing in this business who need to be treated on par and not ignored in some policy initiatives. For example, linking investment as an eligibility criterion in the PLI scheme could be done away with firms who have already invested in the past and the investment needs to be recognized. In order to address the lack of information on vendors for the CCTV products industry, there was a request for the government to come up with a component portal that could be updated on a real time basis for all firms setting up components units in India and as soon as the unit is operational the details of such firms are updated on a real time basis