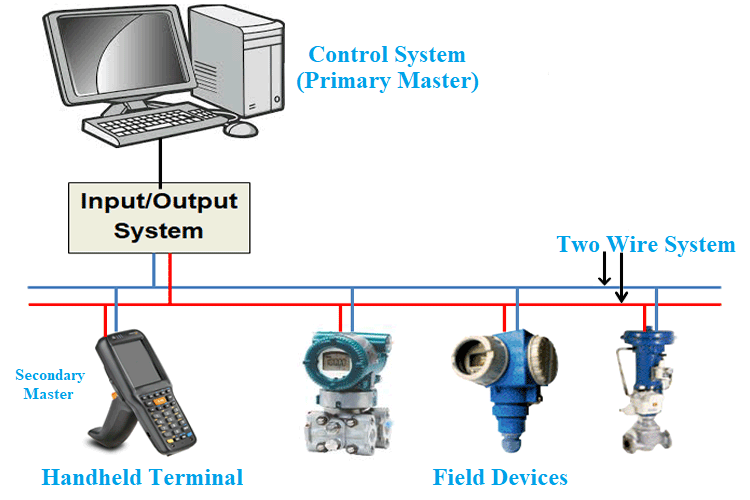 The benefits of getting two machines (or components within them), to talk to one another have been an obvious one to Industrial automation and control experts, way before the Internet of Things (IoT) became mainstream. The values in a temperature sensor at the heart of a crankshaft sending measurements to control the motor drive relay etc. was clear, and one of the communication protocols used in achieving that was the HART Protocol.

With over 30 million devices based on it, installed around the world, the HART Protocol is regarded as the most popular protocol in industrial automation and today’s article will provide an overview into what makes it so special. We will examine its features, applications, and upgraded versions like the WirelessHART.

The Highway Addressable Remote Transducer (HART) Protocol is one of the most popular Open communication protocols used in industrial automation to send and receive digital information via analog wiring between smart devices and control systems. This protocol is an advancement of the Serial Communication Protocol like RS485 and event to which is also popularly used in the industries.

It was developed by Emerson in the 1980s as a proprietary communication protocol to address the defects in the existing 4-20mA communication protocol, which could only transmit one parameter or measured value. With HART, Industrial automation efforts could achieve bi-directional communications that fixed the drawbacks of the 4-20mA, but also retain its infrastructure since the HART Protocol can send digital signals by superimposing it on the analog signals without distortion or interference.

The effect of the above is the creation of two simultaneous communication channels: the 4-20mA analog signal and a digital signal. This combination is why the protocol is referred to as a Hybrid Protocol. Typical applications like instrumentation devices could use the 4-20mA signal to send the primary measured value, and use the superimposed digital signal to send information.

The support for 4-20mA based devices meant companies could continue using their legacy hardware. This, along with the protocol becoming “Open”, drove the adoption levels of the protocol high, till it became the de-facto standard in the industry

HART Communication occurs between two HART-enabled devices, typically a smart field device and a control or monitoring system. As described earlier, devices based on the protocol transmit analog signal using the existing 4-20mA approach, and digital signals by superposing the signal (as an alternating current signal) on the 4-20mA analog signal, using the Bell 202 Frequency Shift Keying (FSK) standard.

The FSK procedure involves superposing the sinewaves of two frequencies, typically 1200Hz and 2200Hz, which represent the bits (1 and 0 respectively) of the data being sent. The use of FSK ensures that the average value of the two frequencies is always zero, ensuring the analog signal is not affected by the digital signal.

To meet the needs of various applications, devices under HART Protocol can be configured to operate in two major modes;

In point-to-point mode the digital signals are overlaid on the 4–20 mA loop current in such a way that both the 4–20 mA current and the digital signal can be used in conveying messages between the master and the slave. This represents the typical application of the protocol, with secondary variables and data, that can be used for monitoring, maintenance, and diagnostic purposes, being exchanged over the digital signals while control signals are sent over the analog half of the protocol. An illustration of the Point-to-Point Network configuration is provided in the image below. 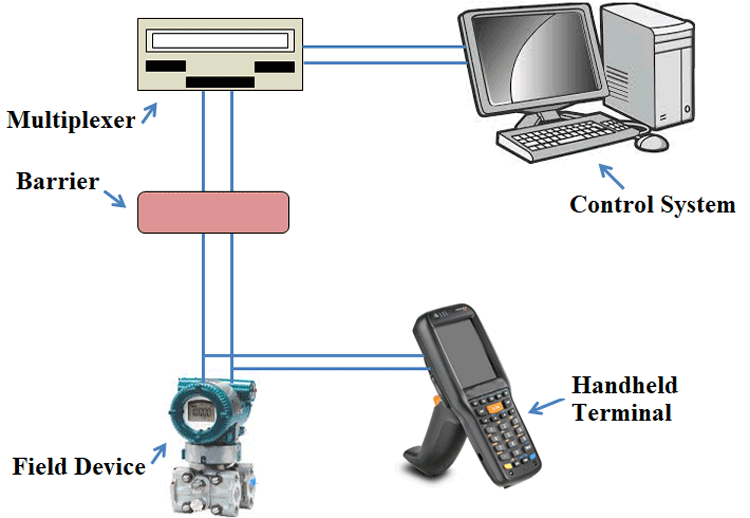 Generally, for communications under the HART Protocol, one device in the network, usually a distributed control system or PLC, is required to be designated as the Master while other(s), usually field devices like sensors or actuators, are designated as slaves.

However, the manner through which the slaves communicate with the master depends on the communication mode to which the network is configured. A network of HART protocol compliant devices can be set up to communicate in two modes, namely;

In the  Request-Response Communication mode, slave devices only transmit information when a request is issued by the Master device. While this mode has its disadvantages especially reduced communication speed (2-3 data updates per second), it helps keep the protocol simple, and effective, easy to implement.

To make room for variation in application requirements, the protocol has another communication mode called the “Burst” Mode. In this mode, the slave devices can send a single piece of information, continuously,  without the need for repeated requests from the master. This mode offers a faster communication speed with up to 3-4 updates per second, and it is typically used in scenarios where more than one HART device is required to listen to communication from the HART Loop.

To allow for the external monitoring, desired for most industrial applications, both communication mode supports up to two masters defined as primary and secondary. The Primary master, as illustrated in the image above, is usually the main control/monitoring system while the secondary master is usually a device like handheld terminals a.k.a HART Communicator, which is only connected to the HART loop for a short period.

Some of the advantages of HART protocol over others in its class include;

The use of a 4-20mA analog signal, for instance, allows the flow of information in only one direction (Transmitter to the receiver). With HART Communication, data can travel in both directions.

Some examples of additional information that could be gleaned from HART-based devices include;

Using a combination of this extra information, HART devices can self-report issues with their configuration or operations to the master/host device. This helps reduce the need for routine checkups and could be very useful for predictive maintenance.

In digital mode, a single pair of wires can handle multiple variables. For example, one transmitter could handle inputs from multiple sensors

Everything related to HART was handed over by Emerson to the HART Communications Foundation, as such the standards are open and not specific to one vendor. This means there's no danger of getting locked into a limited vendor-specific or regional "standards."

HART is currently regarded as the most widely supported protocol for the process industry across the word. It is so popular that the probability of an industrial device being HART Compatible is almost 1.

HART-compliant devices and host systems can work together regardless of vendor, models, and other compatibility/interoperability issues that plague networks. Even host devices that were not designed to handle the digital information from a HART device will still have some level of interoperability with communications through the 4-20 mA analog signal.

The HART Protocol has evolved over the years with advancements in technology and increased sophistication of use cases. One of the recent products of its evolution is a new technology called WirelessHART, which is offering completely new possibilities with wireless transmission of HART Information.

It is the first standardized(IEC62591) wireless communication protocol in the field of process automation. Unlike the Regular HART Protocol, it, at this stage, only supports communication over the digital signal as the analog communication is not provided since no connection cable is used.

Currently, there are two different WirelessHART Solutions including;

WirelessHART can be used on existing wired instruments to collect the vast amount of information that was previously stranded in the instrument, and also provides for a cost-effective, simple, and reliable way to deploy new points of measurement and control without the wiring costs.