India must not go by the Volume of Defense and Homeland Security Products, but by Quality; Defines Experts 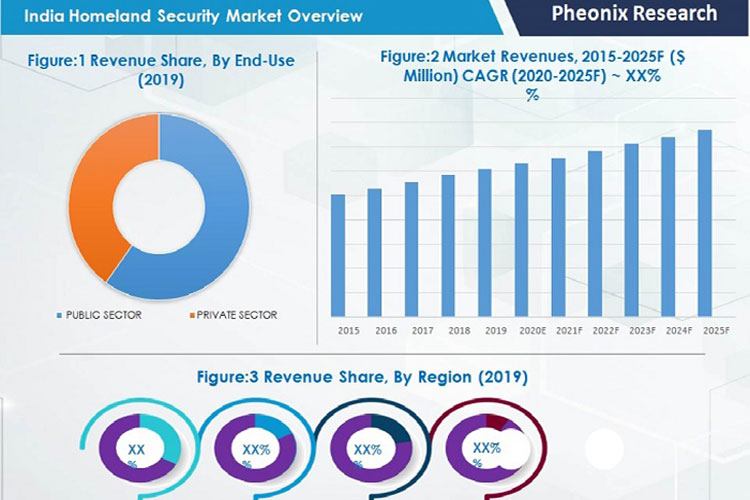 Of late, a report of a well-known media stated that India's Electronic Security Market was valued at USD 1.32 billion in 2021 and is expected to reach USD 4.90 billion by 2027, at a CAGR of 24.37 percent over the forecast period. The homeland and defense security sector has tremendous potential and since then the growth of security products has changed and now, the country has several manufacturers from the security electronics domain. The security products industry is growing rapidly and is estimated to escalate by 22 percent per annum, which will sustain by 2025 and beyond.

India is emerging as a global power and security is emerging as a priority. We need to ensure India must grow by itself and must be a source of prosperity for the rest of the world. The size of the global security electronics market is intense and valued at US $41 billion in 2020 and is expected to reach US $68 billion by 2026 at a CAGR of 9 percent from 2021-2026. Experts claim that the country must target a 20-25 percent share of this global market in the next five years because it has a potential of US $15bn. India’s CCTV market is expected to grow at a CAGR of 22 percent from 2021-2026. Overall, the video surveillance market in India is estimated between Rs 11,000 crores of which 50 percent are CCTV cameras. India now needs to stay alert and on top of emerging technologies to counter successfully.

Strategically, the defense sector of the country is very imperative and the overall budget approved by the government for the Indian armed forces for the FY 2019 was 60.9 billion whereas, for the FY 2020-21, the expense was sanctioned US$65.86 Billion, which is just an escalation of 7 percent. The nation is now opting for higher indigenization defense hardware as the country still imports 70 percent of its top-notch hardware like missiles, aircraft, submarines, and ships mostly from the US, Russia, Japan, and Israel. In the defense security market, India is currently in a much better position because there is a huge market that is opening up for the country in defense equipment manufacturing. Earlier, India was mostly an importer, but now the government is promoting manufacturing in the country and now, a lot of global players like Tata, L&T, Hanwha Group, etc are investing in India. Anil Mehra, Senior VP, Matrix Cosmec opined that if we leave out the top eight countries or the major European nations, others are also looking forward to perk-up their defense manufacturing ecosystem and they all import their defense equipment. So, India could be a good source for most countries for any kind of defense equipment and ammunition. 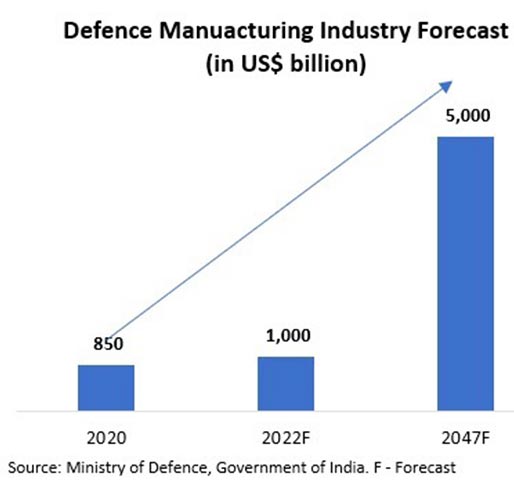 Mehra said, “Coming to homeland security, there are a lot of opportunities that exist in India. This market is approximately Rs 15,000 crores and they are mostly dominated by MNCs. Though there are some companies who claim to be making Make in India products, they are screwdriver companies because they are just assembling and claiming to be Make in India. This is where compliance needs to be enhanced when the government makes those purchases. They have to really verify what is true Make in India and who has got the infrastructure. Video surveillance is about an Rs 8-10000 crore market. Even if I exclude the IT components; the market for cameras and software is still about Rs 6000 crores. The opportunity can be realized only if we have backward integration like a strong component manufacturing in the country.”

Mehra further highlighted the key challenges of the sector which is how India can become self-reliant for all security products. Another major hindrance is the availability of components at the right cost. Then, there is a compliance load on the SMEs like GST are very complex, which needs to be streamlined. The industry must interface with the government and understand the needs of each other. Another big challenge is the education system or the talent pool of the country because nowadays people opting for electronics and telecommunication are missing. Some of the colleges have stopped offering this course and moved towards software. India wants to focus on manufacturing and become self-reliant on that and if the talent is not available in the country then it's a very big challenge the nation is going to see in the next few years.

Amid the challenges and a couple of intricacies, experts also showcased a bigger positive picture of the sector. Currently, the government is carefully looking to address all the impediments related to defense and homeland security. According to Sanjeev Sehgal, managing director, Samriddhi Automations, the major concern of the government officials who visited during the IISE expo was how they can make the security infrastructures of the citizens more secure backed by Artificial Intelligence and other top-notch software features. He said, “The major requirement is now providing customized solutions for every customer because they are not getting the desired ROI out of it and hence they are getting dissatisfied. First, we have to understand the challenges of the customer and then come up with exact solutions for what they are looking for.”

“In the coming 5-10 years, the homeland security market will grow at a CAGR of 15-20 percent. Since India is known for offering top-notch software features, they are going to play a major role in the hardware equipment. Hence, I can assure that solutions appearing from Indian companies will be in much more demand globally, which will help us in giving tough competition to our neighboring countries and also to the US and Europe. There will be a complete integration of both hardware and software in the coming year,” added Sehgal. 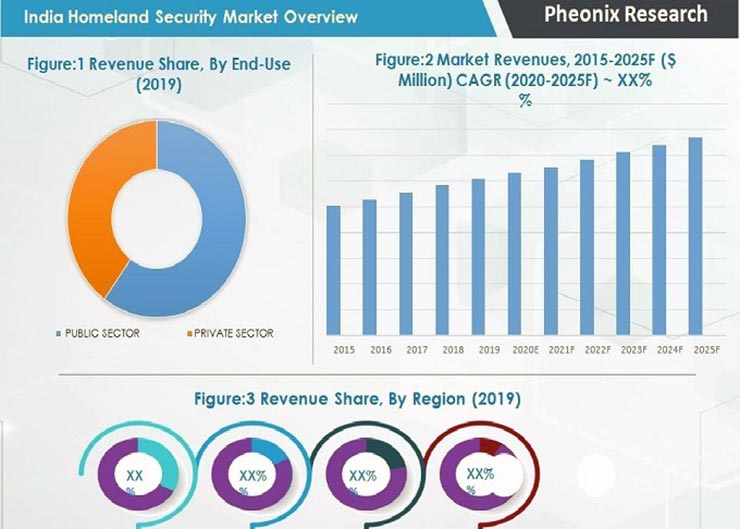 According to a report by media shared from the Ministry of Defense, the country has now recorded the highest ever export of defense products worth Rs Rs 12,815 crore in the FY 2021-22 and Rs 1,387 Core for the quarter April-June 2022. It is an escalation of 54.1 percent compared to the preceding year. According to Minister of State for Defense Ajay Bhatt, the nation's defense exports were worth Rs 8,434 crore in 2020-21, Rs 9,115 crore in 2019-20, and Rs 2,059 crore in 2015-16. The concerned ministry has now undertaken numerous policy initiatives in the past couple of years to whip up state-of-the-art manufacturing, development, and design of defense equipment, which will ultimately promote self-reliance in defense technology and manufacturing in the nation. India has a quest for a defense export target of USD 5 billion in the coming few years. There is a wide range of initiatives such as the prime concern for the acquisition of capital items from domestic sources under Defense Acquisition Procedure (DAP)-2020, the proclamation of 18 key defense podiums for industry-led development and design, and allowing of FDI of 74 percent investment under the automatic route. The imperative strategic defense products comprising Unmanned Aerial Vehicles, Light tanks, and helicopters are included in the indigenous list for which there would be an official ban on the import beyond the schedules indicated against them.

The security industry encompasses a whole lot of issues. India is now well-equipped for the envisaged threats it has. As far as the threat perceptions are concerned India has adequate defense equipment and is in a very comfortable situation, but more innovation and quality assurance are needed, feel experts. Now, what needs to be done is we need to focus on strengthening our defense and security forces using the latest technology which is available because this is not just related to the volume of the defense products, but the quality that matters.

Justifying the requirement of quality checks and assurance, Air Vice Marshal Arvind Verma, Adviser-Aviation, Zen Technologies Ltd said, “The numbers have to be backed by the capability of each system you have. For example, 15-20 years back the number of soldiers China had or aircraft they had was huge but their combat potential was not good. We have always focussed on getting quality products in general. Therefore, when I say adequate capabilities, it does not mean volume, but they must have the potential to meet the challenges. We also require various equipment and technologies to be replaced urgently.”

Verma further added, “There is a requirement for Hindustan Aeronautics Limited (HAL) to improve its production capabilities, which are now quite low. They need to enhance and bring our inventory to a level that end-users feel comfortable with. Homeland security is also in the same line. There is also a need for huge intelligence networks, which need to be cohesive so that every piece of information is available. It will then help to take the required action on time. The major challenge is providing the right equipment to the forces and the quality and quantity must be matched.”