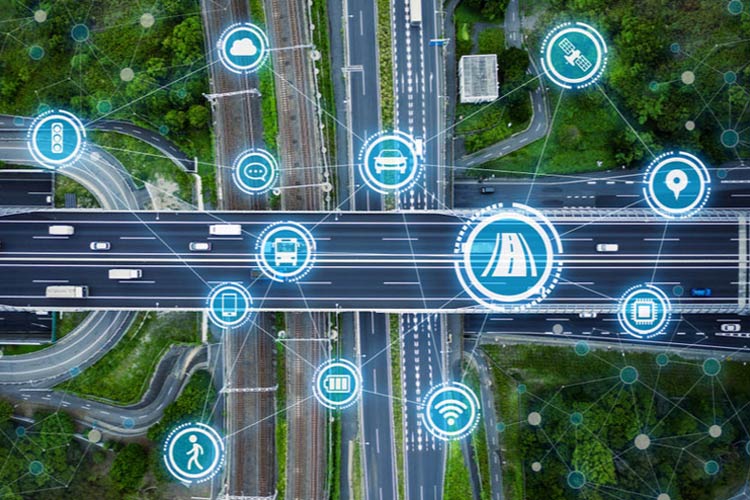 Over the past couple of years, the swift technological developments and the uplift of smart cities paradigms have boosted the enhancements of smart transport infrastructures, methods, strategies, and technologies. The innovative technologies related to transport create opportunities and impediments for the developing cities to go towards a more sustainable future. Although the concept is gaining much attention all over the world, there are still insufficient propositions and understanding for a rugged structure to evaluate the smart transport system. According to experts, while building up transport investments and interventions, there is a huge problem to construct a toolbox that suits both practitioners and academics. The modern upgraded technology coupled with impeccable governance must perk up the development of smart transport with added value.

It is not only a concept for the coming years, but it is being deployed or rather implemented in various cities of the world. New York, one of the world’s busiest cities, has successfully adopted smart transportation with their ever-escalating smart city. Nonetheless, Wyoming, the rural region, has also turned to be the hotbed for connected vehicles, which is because it is the key freight corridor. Experts also opine that autonomous transportation of goods can significantly refine the efficacy of the supply chain and also decrease the requirement for long-haul chauffeurs.

By the end of 2025, the global market volume of smart transportation is speculated to grow from USD 94.5 billion in 2020 to USD 156.5 billion at a CAGR of 10.6 percent during the speculated period, according to a report of Markets and Markets. On the other hand, the Data Bridge market research firm stated that the same market could see a growth rate of 14.6 percent between 2021-2028. The current unproductive transportation infrastructure and the augmenting on-road vehicles are speculated to set in motion the requirement for effective management systems. Not only that, the seamless administration of the current transportation along with rich government incentives and initiatives would further uplift the growth of this sector. 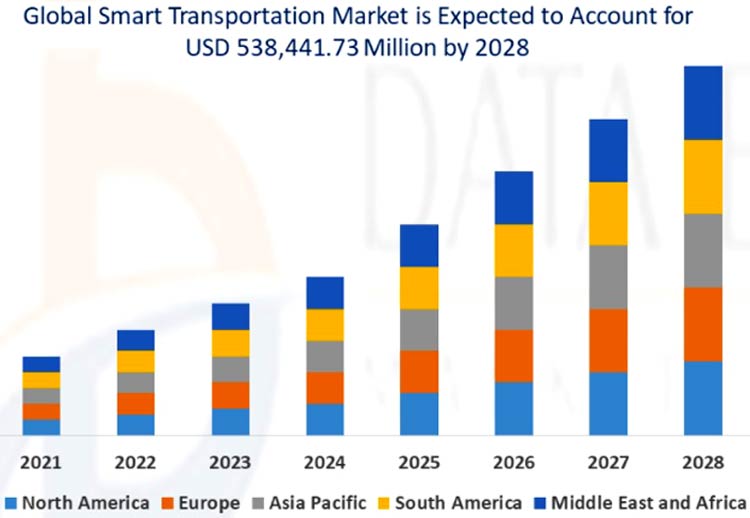 The point to be noted is what is driving the escalation of the smart transportation market. It is actually the growth of traffic systems and urban population throughout the world. Technology plays a pivotal role in the growth of Intelligent Transportation Systems (ITS) and to improve its optimization, there is the adoption of automation and IoT technologies and the growth of the latest PPP models along with several government initiatives. Apart from that, the growth in the penetration of analytics and simultaneous innovations in technology to improve customer experience further fuels the growth of this market. 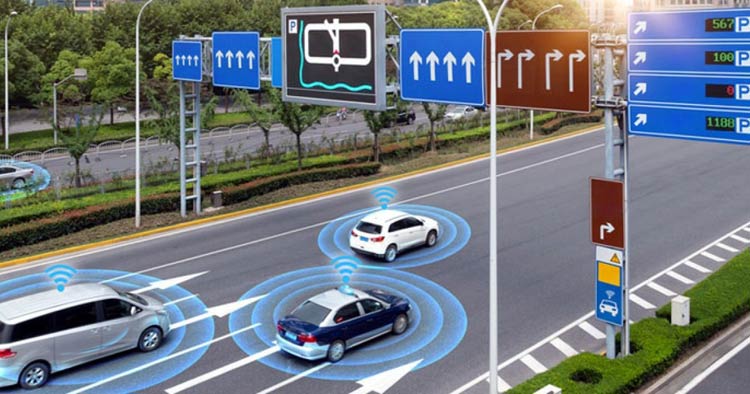 In order to augment its growth in the coming years, experts claim that it is needed to escalate road safety measures for pedestrians, drivers, and passengers and to decrease the accident number. Nowadays, the highways in developed countries are furnished with sophisticated radar and in-pavement warning lights that warn the highway traffic in the best possible way. In order to decrease overcrowding on roads, the Department of Transportation (DOT) is coming out with cutting-edge solutions such as samp metering.

According to Faisal Kawoosa, senior research analyst and founder at techArc stated that in terms of ITS, Europe is the biggest contributor because it is one of the most sophisticated technology-backed regions and infrastructure enhancement and also holds the biggest market share in this sector towards the end of 2020. Under the Connecting Europe Facility (CEF), the European Commission has announced plans to invest USD 13 billion in this sector for at least 276 transport ventures. These investments, which are expected to perk up traffic and urban transport facilities in the UK and France, are also expected to modernize the smart European railway transportation. Developed western European countries such as Germany, UK, and France are utilizing the top-notch smart transportation technologies, which is because the European Union (EU) countries backed by its social and trade agreements have helped uplift the passenger traffic in Europe.

In order to meet the sustainability goals and whip up innovation, smart cities must offer smart mobility solutions. These impediments are related to the swift landscape alteration of urban mobility as viewed through the lens of a smart city planner. It is an urgent need of the hour to design a secure, effectual, and safe public transport systems with mobility-as-a-service (MaaS) and other podiums and to deal with sustainability problems, air quality issues, and traffic congestion, it is also required to look for public-private partnerships (PPPs) and amalgamation with knowledge institutions.

Numerous elements of technology such as network, software, hardware, and multiple vendors are integrated in the smart transportation sector. Devoid of protocol issues and an open interface, it is extremely intricate to integrate smart technology elements with legacy transportation systems. Because of these integration issues, there could be a communication gap between technology-backed modern systems and traditional systems and also, huge investments are required in the upgrade of the legacy systems. These hurdles are speculated to hinder the growth of this market in the future.

Faisal Kawoosa, founder, techArc told CircuitDigest, “The biggest challenge for us would be to integrate with the existing infrastructure.  For instance in India, over 90 percent of smart transportation needs infrastructure upgrade, which will be all brownfield projects and become not only expensive but also too difficult to implement. We remember the days of the bus rapid transit system (BRT) in Delhi as an example. While there are many advantages that it will fetch like optimal usage of infrastructure, reduction in operational costs, and it could also increase the uptake of public transport. After metro lines in NCR, a lot of people commute using it. The issue, however, will be the speedy upgrade of infrastructure to match the requirements."

Automation’s biggest example is smart mobility where people get accurate information about traffic conditions and different suggestions of routes via Google maps in case of traffic congestion. With the massive dependence on digital technology, another big challenge this sector faces is cyber security attacks. The cybergoons have the potential to attack not only the information technology but also the operational technology that operates the city control and signaling systems. They attack or rather disrupt the networking systems and set off outages in the public transport systems.

The successful deployment of smart transportation relies on several levels of top-notch technologies like sensors, data communications, cloud, and mobility, which all together form the architecture of IoT. Over the past few years, the swift improvements in these areas have enabled enhanced connectivity of various objects, which will pave the way for a smarter ecosystem. For instance, the unleash of Internet Protocol version 6 (IPv6) helps almost all devices to get connected to the internet, which then offers a superior understanding of the customer behavior that helps in stronger decision-making. High-performance networking technologies are continuously enhancing the capabilities of solutions and applications, such as rail and road traffic management systems, rail operations management systems, incident management systems, travel assistance systems, and toll collection systems. The continuing developments in technology will help control devices and smart connectivity self-governing and quick-witted. With the utilization of the cloud, smart transportation will gather data from diverse sources and share them all with a centralized control center. In the coming five years, if you look from the angle of technology, the growing adoption and interest in ML/data analytics, IoT, and cybersecurity are going to have the biggest impact on smart transportation ventures. 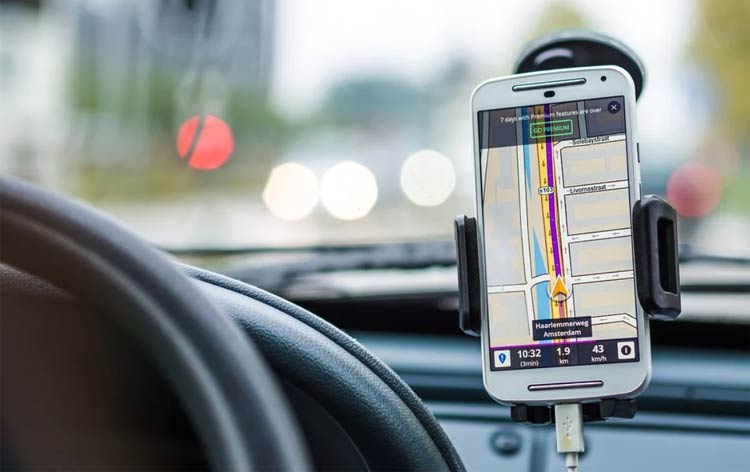 Another way of intelligent transportation is providing the cars and roadways accurate sensing capabilities through radar, cameras, computer vision, lidar, and AI-integrated sensors. The gathered and accumulated data informs the department of transport about the potholes, weather conditions, pedestrian locations, and icy spots to offer riders with advanced warnings.

Internet of Things (IoT) is another key technology that is having a huge impact on the smart cities and transportation sector. One such instance is that the integration of this technology can craft a network that can be controlled centrally, which in case of a difficult situation can find safe and better routes, effectively maintain and manage the goods, optimize or measure distance covered by every vehicle, and the revenue generation of this sector gets a positive impact. Most importantly, IoT helps the transportation sector to benefit from the security, cost-cutting, safety, and development in operational efficacy. The interaction or the behavioral pattern of humans with the vehicle will be changed via IoT and whereas the utilities such as cameras, traffic lights equipped with IoT will create the way for a smart management system.