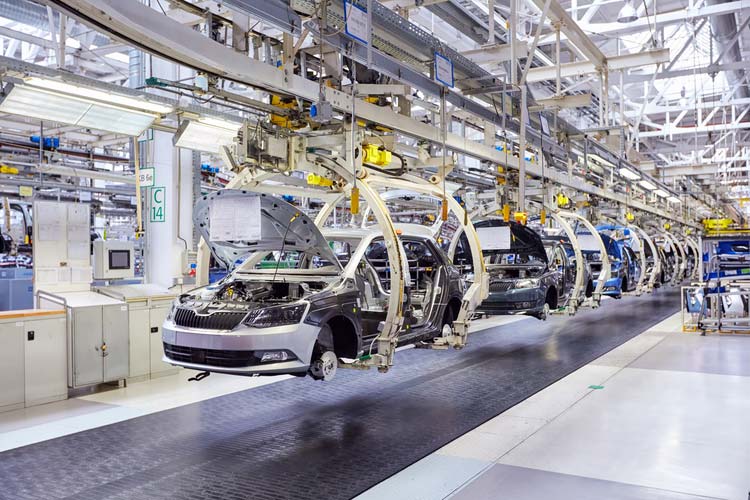 The global automotive industry has been going through a tough time since 2020 with the onset of the coronavirus pandemic whose supply chain was massively disrupted. After a gap of two years, the barriers that still exist on the path to recuperate this sector seems a difficult task. The four consecutive waves of this virus followed by the slump in chip production and lack of supply of imperative auto parts forced the industry to halt production of around 10 million vehicles globally in 2021. According to various experts, 2022 would bring positivity for the auto industry as the semiconductor shortage scenario was improving. But, the recent Russian-Ukrainian scuffle has put the industry into an unprotected situation. The ongoing tussle between the two countries has severely affected the current supply chain and logistic department. Recently, S&P Global Mobility has clearly mentioned that due to this war there is a massive shortage of important vehicle components. In fact, the New York Times also reported that the scarcity of auto parts crafted in Ukraine had made the automotive assembly lines of Europe, like Volkswagen Group and BMW to a crashing halt.

Why is the Impact on the Sector so Harsh?

The article in NYT also reported that Ukraine acts as a key corridor for manufacturing important electronic components of the vehicles like entertainment systems, tail lights coupled with various hand-assembled components, which needs a huge number of intelligent and proficient workforce. Ukraine acts as an important corridor because it offers cheap labour who are skilled and at the same time, it has close proximity to the vehicle factories located in Europe. Now, if the wiring systems are stopped from production and any components related to the car’s electrical functions can halt assembly lines from functioning for a while. The German based luxurious brand BMW mentioned in a press conference that it would commence production in the coming few weeks, though the volume of productions are speculated to be the same as that of 2021. In the meantime, the company has also noted that more disruptions are expected as the war goes on and also manufacturing of Mini in Oxford remains barred. At its home soil in Wolfsburg, Vokswagen announced to escalate production, while its EV units will not operate until the end of this month. Meanwhile, another luxurious brand Porsche also stopped its production unit in leipzig where it manufactures, Madan SUV and Panamera sports sedan. 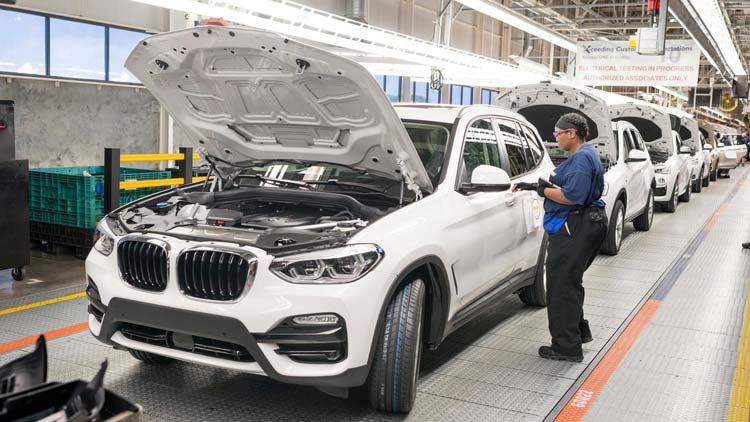 The challenge basically relates to the supply chain disruption caused by the shortage of chip manufacturing. The point to be noted is that some of the imperative components of semiconductors are sourced from both Russia and Ukraine, while the former is not a key market for most of the car brands, accounting only 2 percent of sales of German cars. The effects of these supply chains are felt all over the world with S&P Global speculating that there will be a reduction in North America for light-duty vehicle production by around 480,000 units.

As per reports in the media, Ukraine has about 17 units that crafts wire harnesses, which acts as the vehicle’s central nervous system. Although the wire harnesses do not entail high-tech, they are hard to resource and cannot be placed in the car after production. Neon gas is another important supplier for cars from Ukraine required to craft chipset, and also metal palladium utilized in catalytic converters. Apart from that, Ukraine is also well-known for Nickel Ore, which is refined into cathode materials to manufacture EV batteries. In the meantime, the ongoing tussle is also having an impact on the car exports in the UK with key manufacturers such as Aston Martin, Jaguar, and Land Rover announced to halt car shipments to Russia after there were severe challenges with grabbing payments and proper logistics. For instance, Aston Martin noted that the reason for the shipment halt was the ‘operational impact’ of the sanctions. Other companies like Volvo, Honda, and Volkswagen are also affected.

When Russia striked Ukraine, the production of vehicles all through Europe is affected, especially the German automobile industry. As already mentioned above, wire harnessing is majorly supplied from Ukraine, which powers and connects all the electronic components in a car. Abhik Mukherjee, Research Associate at Counterpoint Technology Market Research, told media "An average car can have over 5.5km (3.5 miles) of wire harness. As many suppliers are based in Western Ukraine, German automakers have been able to procure them easily. But as Ukraine became engulfed, the harness supply chain was disrupted, bringing the production lines of auto factories in Germany and other neighboring countries to a halt."

"Auto OEMs including Volkswagen, BMW, Audi, Mercedes-Benz, and Porsche have either reduced production of selected models or temporarily halted production in certain plants across Germany, due to a shortage of wire harnesses. This is a direct effect of the war, and it has had an immediate impact. If the crisis stretches on, other sectors like component manufacturing will also be affected. The impact on the European auto OEMs could be greater than the COVID-19 outbreak," he added.

Other than Europe, India is another important region that has been affected largely due to the war. The Japanese car maker Toyota has opined that it would reduce domestic production and manufacturing by around 20 percent due to unavailability of semiconductors and other important components. The augmenting demand of passenger vehicles in India could witness a negative blow due to reduction in supply, increasing commodity price, which will further force the car makers to escalate vehicle prices, and also increase in price of gasoline in the coming years. Back on March this year, Mercedes Benz noted that it will augment prices of all its current models by upto 3 percent sold in India, which implies A-class Limousine would observe a whopping price increase of upto Rs 50,000, while high-end models like AMG GT 63 S 4 Door Coupe will observe a hike in price of Rs 5 Lakh based on the ex-showroom price. In a media interaction, the company’s spokes said, “increase in logistics costs have been exerting significant pressure on the overall costs of the company”. Meanwhile, Nissan, Renault, and Maruti also announced price hike of all its models (Between Rs 5000- Rs 34000). 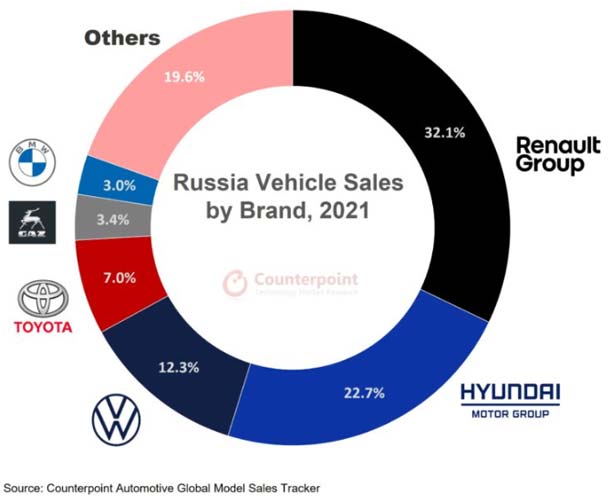 Internationally, one of the largest automobile markets hails in Russia where sales of cars exceed 1.6 million in 2021 and 1.5 million in 2020. But, when the scuffle began, a lot of auto manufacturers in the western countries barred businesses in Russia, thereby suffering a huge loss in revenues. Apart from that, contract manufacturers and tier-1s have also halted services and manufacturing, while major car-makers such as  Volkswagen, Ford, Toyota, General Motors, Honda, Bentley, Nissan, Porsche, Jaguar, Ferrari etc; and tier-1s and component manufacturers such as Continental, Magna, Aptiv, Leoni have all stopped manufacturing and also their exports to Russia.

In an effort to perk-up the shortage of current component supply, a lot of component manufacturers and suppliers are aiming to settle their Russian production units in other countries in the long term. The interesting point to be noted is that back in 2007, Renault signed a huge deal in Russia because of which it is unable to move out of the region and other than this Skoda also running two production units operational in Russia.

Justifying the statement above, Soumen Mandal, Senior Research Analyst, Counterpoint Research said, "In this ongoing battle, China is now looking for some positive opportunities and without any competitors, the OEMs in China speculate to win some extra market share and profit. At this moment, China is taking a neutral stance by not supporting Russia directly, nor Ukraine and that could provide dividends for Chinese auto vendors. Currently, the automotive industry is moving through a rough time. In order to counter a never-ending or longtime crisis, auto OEMS will be scrabbling to ratify contingency plans. Though production of vehicles and important components are being pulled to other countries, the scarcity of raw materials happened due to the scuffle, which is not going to ease soon.”