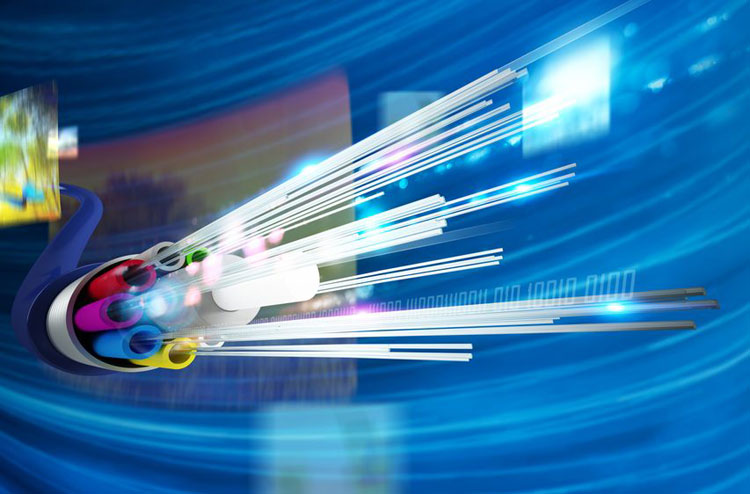 Optical Fiber Communication is the method of communication in which signal is transmitted in the form of light and optical fiber is used as a medium of transmitting those light signal from one place to another. The signal transmitted in optical fiber is converted from the electrical signal into light and at the receiving end, it is converted back into the electrical signal from the light. The data sent can be in the form of audio, video or telemetry data that is to be sent over long distances or over Local Area Networks. Optical fiber communication having good results in long-distance data transfer at high speed, it has been used as an application for various communication purposes.

How do Fiber Optic Communication works?

The Optical fiber communication process transmits a signal in the form of light which is first converted into the light from electrical signals and transmitted, and then vice versa happens on the receiving side.

This process can be explained using a diagram as shown below: 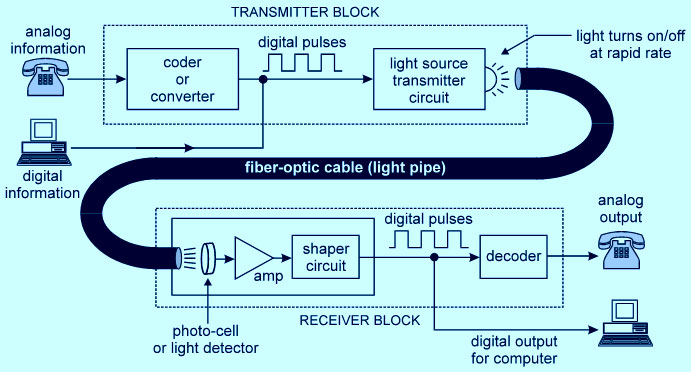 The light waves received from the transmitter circuit to the fiber optic cable is now transmitted from the source location to the destination and received at the receiver block.

Now on the receiver side the photocell, also known as the light detector, receives the light waves from the optical fiber cable, amplifies it using the amplifier and converts it into the proper digital signal. Now if the output source is digital then the signal is not changed further and if the output source needs analog signal then the digital pulses are then converted back to an analog signal using the decoder circuit.

The whole process of transmitting an electrical signal from one point to the other by converting it into the light and using Fiber optic cable as transmission source is known as Optical Fiber Communication.

Why Fiber is used?

The fiber wires have replaced the copper wire as transmission cable since it has more advantages than the electrical cables. 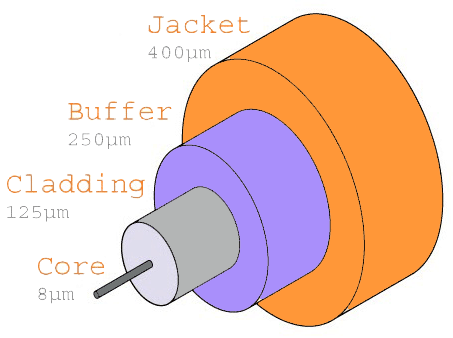 Why light and not Electricity?

Light or Laser light (to be precise) is used for the optical fiber communication because of the reason that the laser light is a single wavelength light source. While the other light signals like sunlight or bulb light have many wavelengths of light and as a result, if used for communication they would produce a beam which is very less powerful and on the other hand, the laser having a single beam would result in a more powerful beam as output.

Apart from it, optical fibre nowadays, is used everywhere in homes, industries, offices for long distance as well as for small distance communication.

The Fiber Optics Communication will have a great impact on IOT and these things listed will explain to you how IOT would require Fiber Optics.