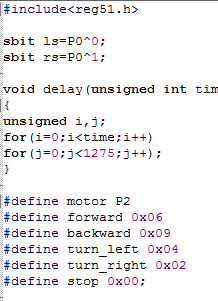 Well actually there isn’t wide difference between both, they differ in small aspects and owe more similarities than differences.

In starting stages, assembly language were used to write codes and programs and then fused into the EPROMS for the microprocessor based systems. But due to lack in code portability feature and high cost in software development, the use of assembly language programming was prohibited and then was the time when c programming language came into the picture.

With the advancement in the technology, embedded systems were associated with the processors which make use of embedded software. This type of system moved on to C and became the most widely used programming language for embedded processors.

Embedded processors are nothing but the processors that are associated with microcontrollers. C is basically a middle level language and for this reason it is widely used than any other languages like Pascal, FORTRAN etc. as C also provides similar benefits as those by high level language.

So what are the differences between C and Embedded C?

Embedded C was developed to overcome the limitations that exist in the C language to program for various microcontrollers. Since the development of code, programming is different on a computer system than for an Embedded system, there are few characteristics which draws the advantage of using Embedded C over C. They are:

Most of the syntax and some library functions used by Embedded C are same as that of C, like variable declaration, conditional statements, arrays and strings, macros, loops, main () function, global declaration, operational function declaration, structures and unions, and many more.

However from above mentioned points, we can say embedded C is nothing but the language extension of C, that supports the embedded system programming.

Clear picture of both can be drawn from the below points though there are much similarities than differences between both:

Extra features are added in Embedded C like I/O register mapping or operation, number of memory areas, and fixed point representation. The main advantage behind using embedded C is its coding speed and code size. Besides, it’s even simple and easy to learn and understand.

So basically programing with Embedded C is similar to C programming just the difference lies in the way you use the resources and the programming code effectively.