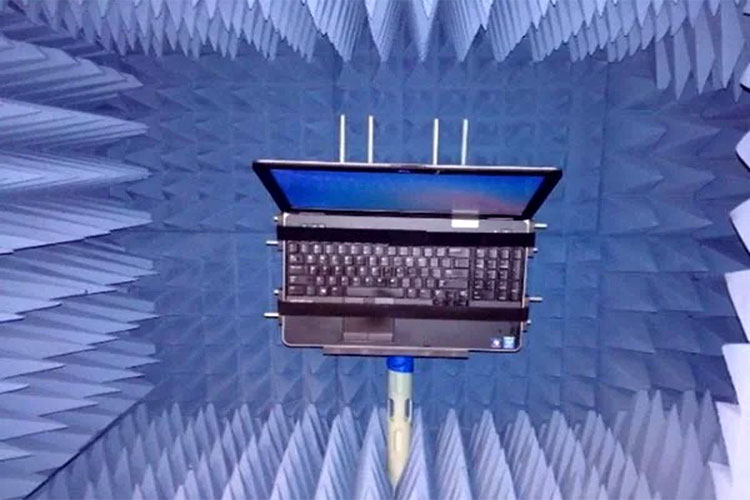 Devoid of electromagnetic waves, an anechoic chamber (Figure 1) is a shielded room designed to provide an ideal environment for testing electronics. Anechoic means free from echoes—or non-reflective. These chambers are used in compliance testing. The surfaces of anechoic chambers are lined with carbon-based absorbing materials (Figure 2) and ferrite tiles in order to eliminate electromagnetic emanation, radiation, and reflection. Isolation from external interference enables design engineers to accurately test devices and electronic components like radar systems, antennas, sensors, and more. In an anechoic chamber, designers can also conduct a wide range of tests and measurements like thermal noise and military specification tests often conducted in certification labs. 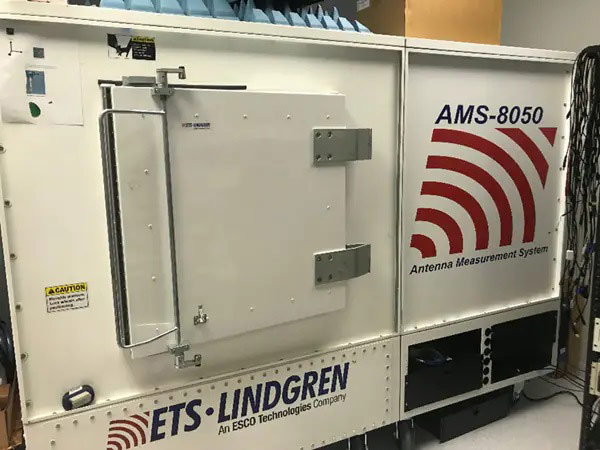 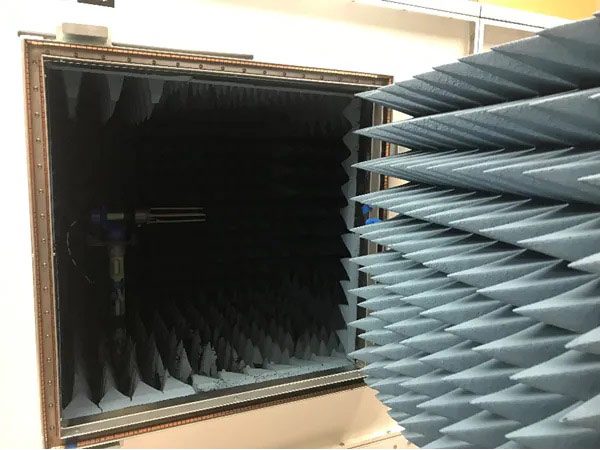 Figure 2: The inside of the chamber is lined with conductive carbon-coated material and is designed to make the chamber shielded and anechoic, meaning it is designed to prevent the signals from echoing or reflecting inside the chamber or from getting in from the outside–thus distorting RF measurements. (Source: Connected Development)

Regulatory and carrier requirements often present the need to test in RF and anechoic chambers. Any electronic device—wireless or wired—must meet certain governmental regulations, with requirements varying based on application and geographic location. Additionally, almost all products will need to meet government requirements for un-intentional emissions. Devices undergo anechoic or semi-anechoic chamber testing at an accredited certification lab to get certified or complete a Declaration of Conformity. Specifications may call out an Open Area Test Site (OATS) for testing but allow other calibrated chambers as alternatives. In these circumstances, it is best to undergo anechoic chamber testing rather than using an OATS site due to the controlled environment that anechoic chambers offer.

In the US, the Federal Communications Commission (FCC) requires that products meet FCC Part 15B if they contain a clock at 9kHz or higher, unless exempted (Title 47, part 15.05 Digital Device, 15.101). If the product includes a transmitter, additional radio-based testing is needed based on the spectrum the device operates in and other factors related to the product type.

For sales in Europe, the market requires a CE mark on the product. Part of the requirements contains an EMC directive or Radio Equipment Directive (RED), which has un-intentional emissions, spectrum efficiency, and immunity requirements.

What Is an Anechoic Chamber Used For?

How Is an Anechoic Chamber Constructed?

From small, mounted chambers to rugged military-grade chambers, anechoic chambers come in many different shapes and sizes. The size and weight of the device and frequencies to be investigated help determine the size and type of chamber needed (i.e., measuring an automobile vs. a cellular phone). The internal turntable needs to be able to handle the weight of the device and rotate freely. The distance between the device and the antenna needs to be large enough to measure down to the lowest frequency desired. Typically lined with carbon-based absorbing materials or ferrite tiles, anechoic chambers are constructed in one of two ways—fully anechoic or semi-anechoic:

Fully anechoic chambers (Figure 3) have absorbing material, ferrite material, or both on all surfaces—floors included. The goal is to absorb all energy, allowing the test antenna to measure only the energy seen in a direct line from the product being tested. Fully anechoic chambers are used to test for emissions, immunity, antenna pattern, and transmitter and receiver testing–including OTA. 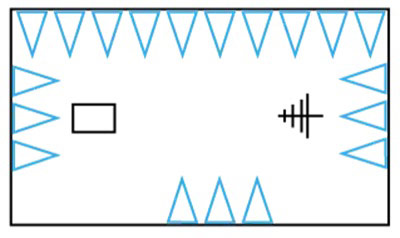 To ensure optimal performance and compliance with governmental regulations, electronics must undergo thorough testing. Anechoic chambers provide a means to take repeatable RF measurements and eliminate reflections and outside interference. Testing is supported for both unlicensed and licensed radios. Anechoic chamber testing provides detailed insights into the performance of devices. It ensures the device's antenna performance meets the needs of the device, addresses governmental compliance, and assists in troubleshooting design modifications. 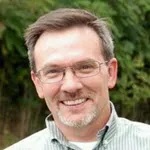